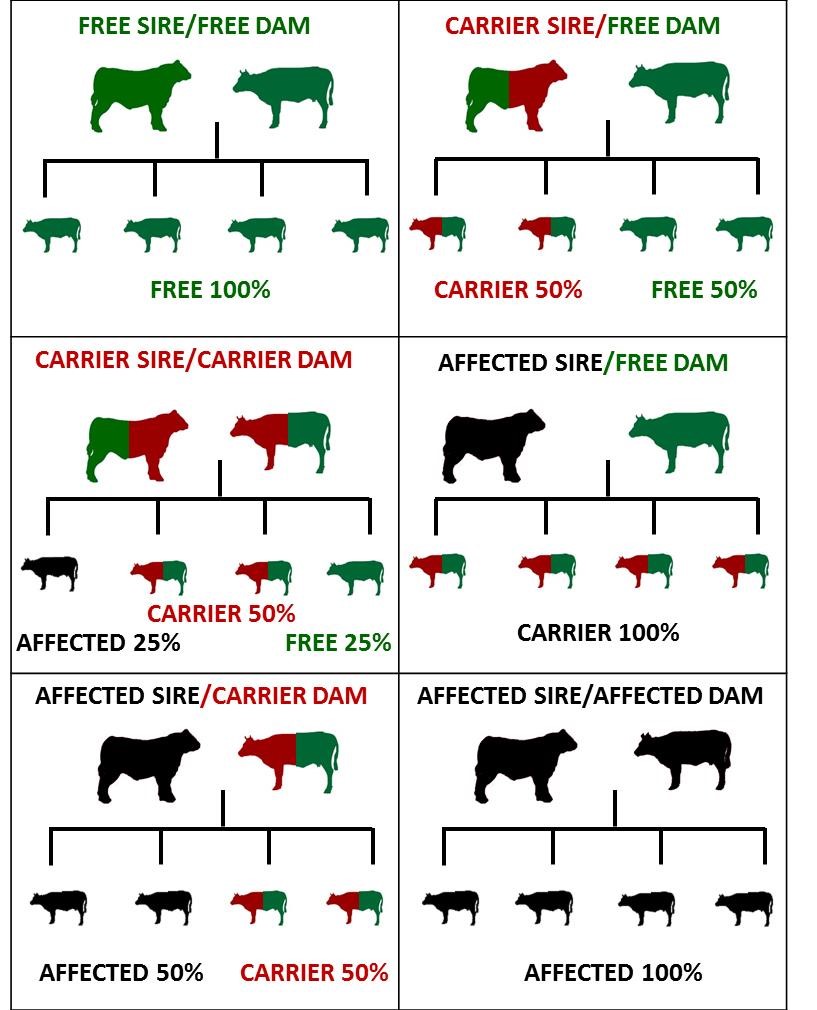 All animals are carriers of mutations somewhere in their DNA for one or many recessive traits. Because an animal must inherit two copies of a given recessive mutation to be affected, and with only a few animals typically sharing the same mutation in the whole population, there is rarely a mating cross between unrelated animals that has the potential to create affected offspring. It is when relatives are mated that there is an increased possibility that offspring will inherit the mutant allele on both sides of the family tree. The Online Mendelian Inheritance in Animals (OMIA) is a catalog/compendium of inherited disorders, other (single-locus) traits, and genes in 244 animal including an extended list of breed-defining characteristics, such as coat color, polledness, double muscling and twinning. There are currently 523 total traits and disorders listed for cattle at this website. Table 1 lists the genetic conditions that are currently being monitored by U.S. breed associations.